Travellers Aid is turning 100 this year. I’ve been working with Way Back When Consulting Historians to uncover the stories of this fabulous organisation that provides an essential service to people as they travel in and around Melbourne. Channel 9 visited the Travellers Aid’s ‘office under the stairs’ at Southern Cross Station and had a sneak peak of their daily work. It aired on Channel 9 on Sunday, 15 May.  Have a look at it here. The book and travelling exhibition are underway and will be out later this year. 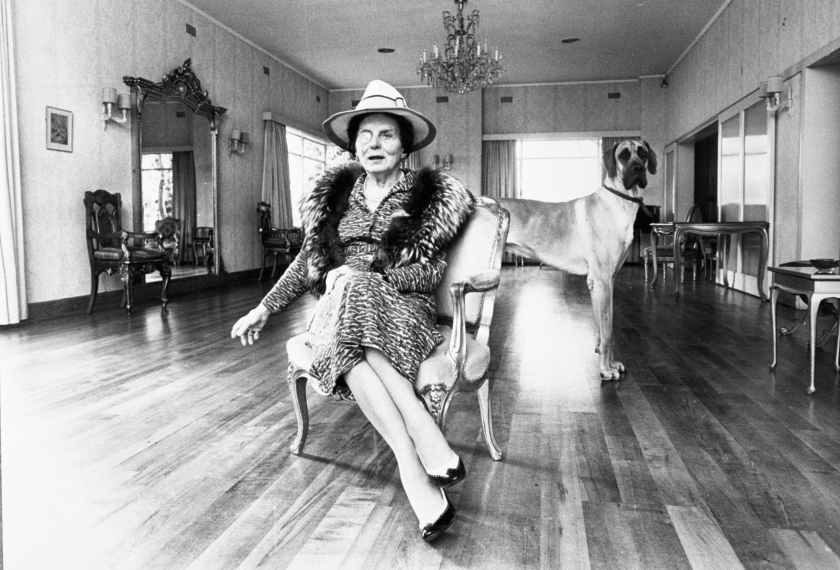 Amidst the stories of hosting parties for diplomats, raising money for charity and opening dance schools in Germany and in Australia, Alice Meyer von Forell and her husband Hans were interned in wartime Australia as enemy aliens. I talked about Alice’s life for last year’s booked out PHA (Vic) event, ‘No Place for a Woman’ , but I’m still finding more explore in her journey.

Those who knew Alice in later life knew little of the difficult start she and Hans had had in Australia, first taken from their home in the middle of the night, then imprisoned and interned. After a few months Alice and Hans were released but had to live 100 miles from the coast (because they were still deemed a security risk). After a few months of this ‘freedom’ Hans was interned again.  Alice has always struck me as a strong and determined woman and this shines through in her letters (held at the National Archives of Australia) as she advocated for her and her husband’s freedom from internment.

This February I will be reprising my talk on Alice for a PHA (Vic) event to be held in Ballarat at The Gold Museum. BOOKED OUT!

You can read more about Alice on the Hello Ballarat blog.

Image above via The Age (Alice and her dog Caesar in their Lisson Grove ballroom) and below via The Argus (an early advertisement for Alice and Hans’ school).

This week I’m researching my Uncle Tony. He wasn’t someone I knew well, but there were a few family legends that I have heard about him. One of them was that during the war he was on an island in the Pacific where he caught a fish for dinner. He said ‘I wish I had a lemon to have with this fish’. Next minute, a lemon washed up on the shore…

I haven’t been able to definitively prove this family story! But I have been learnt that it is a little more likely than it sounds. Book here bit.ly/1N7COb1  to hear the talk

Today I’m researching Leslie Norman Ley, on what would have been his 100th birthday. He was a pilot in World War II, a University of Melbourne alumnus, a father, a husband and an accountant. See more in the National Archives of Australia http://bit.ly/1P8ynPj

This is grocer Allen Lowe Lin’s application to visit China. He had been in Australia for 25 yrs http://bit.ly/1zGWrE3  The records show letters of support from people he’d known for almost 20 years, plus photos to ensure he was who he said he was. 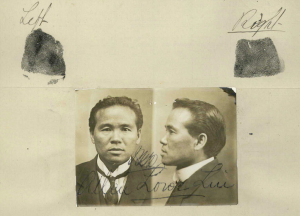